Last September, I briefly posted about an interesting duo I had seen scooting around the Sandy area. It was a guy and his dog on a Honda Super Cub motorcycle. I did a double-take as they passed me wishing the traffic wasn’t moving so quickly…for once.
I spotted him twice more after that and couldn’t help but wonder what their story was. I finally decided to attempt to track him down in the hopes of photographing them. 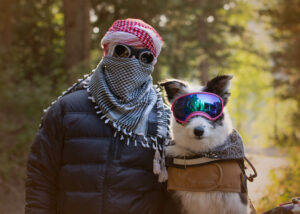 I posted about him on Facebook and other than a couple of others sharing stories of spotting him around town, no one seemed to know who he was. 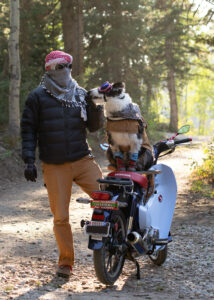 I went about my day and headed to the grocery store. As I was waiting at a four-way stop, a dude on a motorcycle with a dog goes cruising through the intersection right in front of me and turns into Smiths for gas. 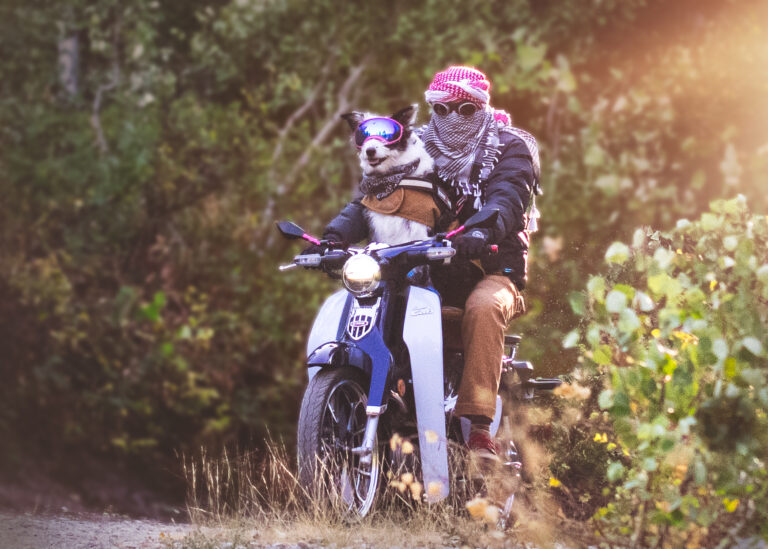 No. Freaking. Way. My heart is thumping while I decide what to do. I’m a bit of a (read, HUGE) coward and prefer to communicate behind a screen. Nevertheless, I couldn’t pass up this opportunity the universe just handed me. 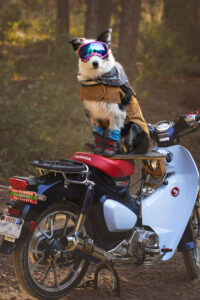 I park and make a beeline straight towards him as he’s innocently trying to pump gas and immediately start rambling incoherently. He takes it all in stride and introduces himself as Singer and his canine companion as Mattie. She is chill and sweet and perfect. I kneel on the ground while she allows me to harass her. 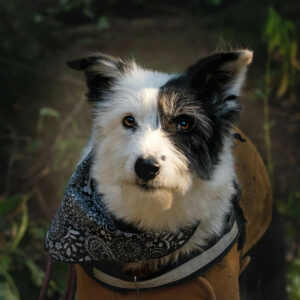 Shockingly, he agrees to a photo shoot and we meet up that very Friday. NOT shockingly, Singer turned out to be one of the most interesting people I’ve had the pleasure of meeting. 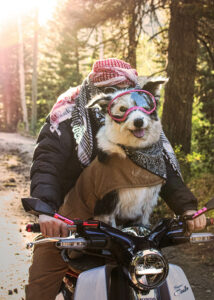 He’s a climber and started climbing professionally in 1997. In 2000, he and 3 friends (2 of whom my husband knows and has climbed with. Small Lake City, yo.) set out on a six-week trip to Kyrgyzstan funded by the North Face. They were unaware, however, that the area sheltered Taliban- and Al Qaeda–inspired militant groups like the  Islamic Movement of Uzbekistan (IMU).  They were kidnapped and held hostage for six days by rebels from the IMU and ultimately conspired to engineer their own escape. 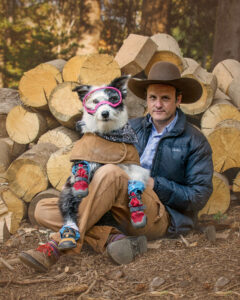 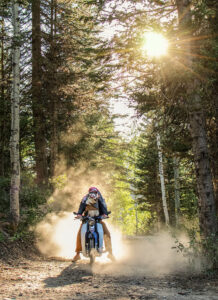 He is a professional public speaker and local frangrancier. 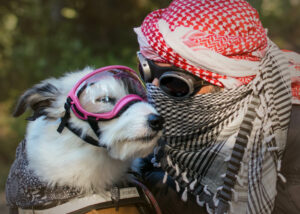 He has traveled the world in an effort to learn and understand people better. His thirst for adventure and insatiable curiosity has taken him to deserts, mountains, and jungles in over 40 countries. 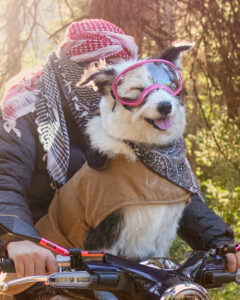 While working in Australia, he met Mattie. Her owner at the time was Singer’s boss who severely neglected her. Singer had to step over her every morning and said she “had the personality of a brick”. But, there was something special about her and he knew she deserved better.
He eventually managed to convince her owner to part ways with her and through his patience and unconditional love, an unbreakable bond has formed. He and Mattie have been inseparable ever since, traveling the world together and turning heads wherever they go.
I asked a bazillion questions about Mattie. When Singer talks about her, the love and admiration he has for her are undeniable. The absolute trust and adoration Mattie has for Singer is unmistakable as she patiently allows him to put on her booties and goggles.
This may not be the traditional Valentine’s Day story, but there is nothing traditional about Mattie and Singer. To date, theirs is one of the best love stories I’ve heard. 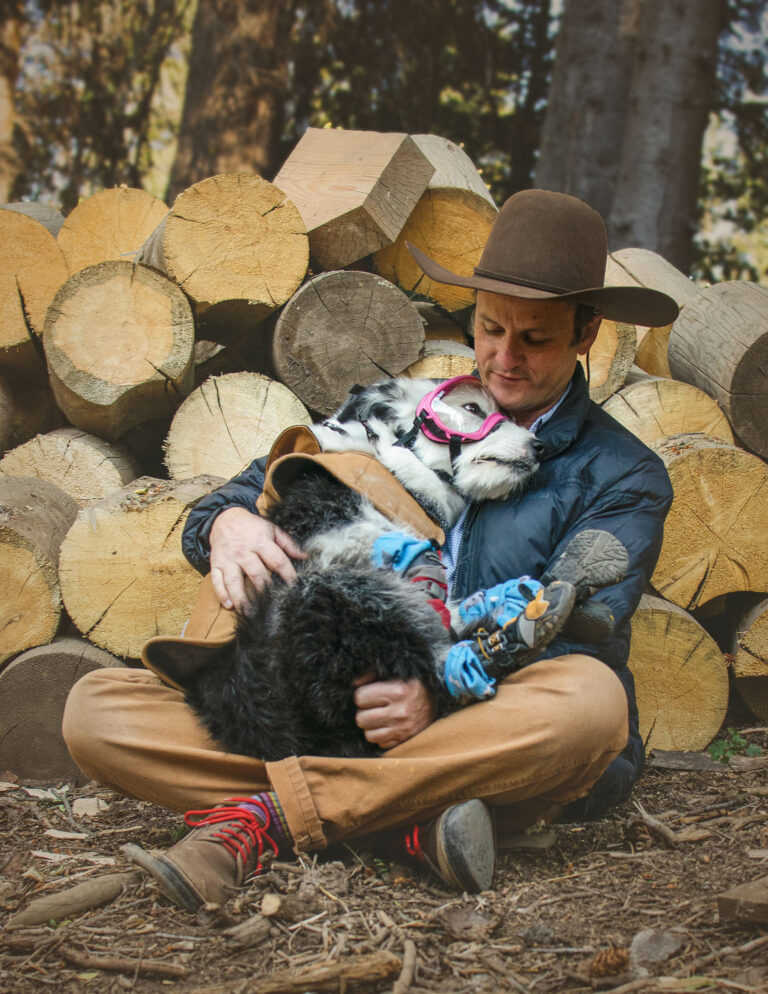 Click here to read an article about his kidnapping. 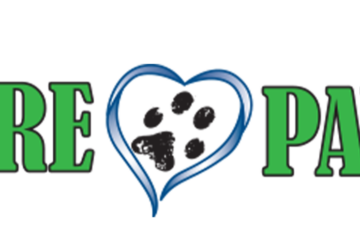 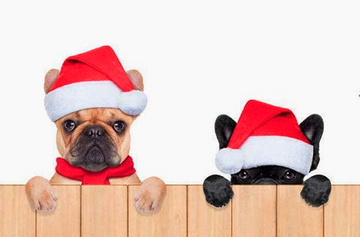 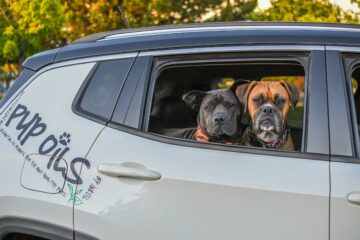 Earlier this year, my family and I decided to get outta dodge for a while and booked it to Canyonlands National Park. Erik and Rowan up front, because Ro’s car seat didn’t fit in the Read more…